The BIO-ALL Unconferences boosted our progress!

07 May The BIO-ALL Unconferences boosted our progress!

Posted at 16:03h in Uncategorized by admin 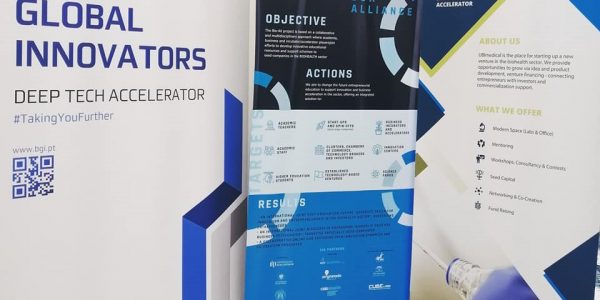 On the 18th of February 2020, our KA BIO_ALL realized one unconference at the Incubator of the University of Lisbon. This event was co-organized by the Portuguese partners of BIO-ALL.

BIO-ALL is a European Erasmus+ Knowledge Alliance project with the ambition to accelerate knowledge and competences to boost efficient innovation and entrepreneurial processes in the BIOHEALTH sector, fostering co-creation and collaborative dynamics between and within relevant actors of the ecosystem (including Higher Education Institutions staff and students, Businesses, Incubators/Accelerators, Investors and other relevant stakeholders), which will underpin the development and upscaling of ground-breaking education assets, methodologies and schemes, stepping up the responsiveness of the Higher Education Institutions education supply to the current and future market pull for supporting entrepreneurship in the sector.

This event was structured in a very dynamic way as a participant-driven open space for debate where participants had the chance to contribute to the discussions and to add topics of their interest, thus building knowledge and sharing experiences. For our KA this was of crucial added-value as it will be used to complement our visions in the design of the next outputs of the project.

This unconference involved representatives from the academic sector, incubators and accelerators, industry, startups, and investors. 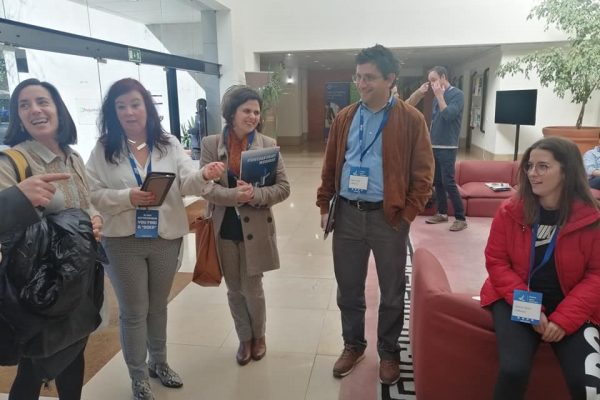 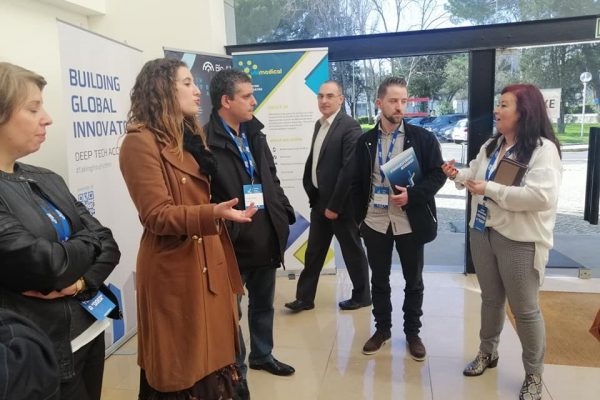 After the results coming from the work done during 2019 by BIO-ALL partnership, we thought that it would have been interesting to disseminate these first results to a larger audience. The Consortium has six sections all over the Country. It was not possible to organise a meeting in each one of these areas in order to disseminate BIO-ALL first results and to capture suggestions and ideas. Therefore, we decided to organise a first meeting in Naples and a second one, with the fruitful co-operation of Cube Labs, in Rome. In total, there were more than forty participants and they raise a great interest for the BIO-ALL activities and for its future results. On 27th of February, there was the first part of the Italian second BIO-ALL Unconference in University “Federico II” – Chemical Department of the University Complex in Naples. The meeting opened with the general information on the Consortium scientific and managerial life, thanks to the speech of the President of INBB Consortium, Prof. Giovanni Antonini. Then, there was a short re-enactment of the past president of the INBB consortium, Prof. Mita, who died last October and the founder of Naples INBB section, Prof. Marino, remembered him. Following, the Director of INBB Consortium, Dr. Ragni presented to the audience BIO-ALL project, showing some of the first results coming out also thanks for the contribute of some of the researchers and professors of the hosting University. Prof. Piero Pucci (who is involved also in a large incubator) said also: “It is important that a training offer will be planned for young graduates or researchers who starts their activity, focused on the interface between the university and the world of production. We look forward, with great interest, to the activities that BIO-ALL will produce in the near future”. Prof. Angela Amoresano, the new director of INBB section in Naples, said that she and the colleagues are ready to give their full support to BIO-ALL project. The second meeting was held in Rome and was focused on the meeting of INBB Consortium, Cube Labs and nine of their spin off companies with a large Group of investments in the world of research (Ulysses Advisory Group). The meeting was organised in Rome, but, in order to avoid too many transfers in the complicated moment of COVID-19, eleven of the participants were remote connected to the meeting. There was the presentation of the International Group and of the nine Italian spin offs; then the Director of INBB Consortium, Dr. Ragni presented to the audience BIO-ALL project, showing also some of the first results of the project. Some of the researchers, connected to INBB and Cube Labs, already knew the project because they had answered the questionnaires and agreed on the first evaluations that emerged. 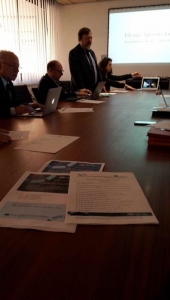 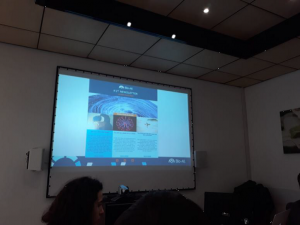 The two owners of the Ulysses Advisory Group expressed a great deal of interest, in particular they said that Italy, Spain and Portugal are Countries in which excellent research is certainly carried out, but often there are no tools to bring winning ideas to the market. Both stressed that they were impressed by the concreteness and the great potential of the Italian spin offs that presented their business. They believe that a lot of high-impact work can be done if there is a better linking between these Countries and the stream of private funding. They concluded by asking the two Italian partners to become, in the coming months, the vehicle for establishing direct contacts with researchers in life sciences who have patents or patentable ideas in Portugal and Spain too. 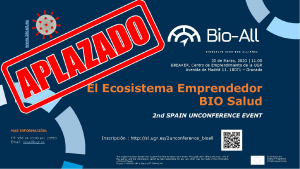 “The Spanish Unconference has been postponed”

Due to the suspension of all face-to-face activities of the UGR to mitigate the spread of the virus causing COVID-19, the 2nd Unconference of the Bio-All Project, scheduled for the morning of March 20, has been postponed.

We thank the people who have already committed their participation in the different sessions, and we hope to count on them for the new date.

This new date will be agreed with the project coordinator at the European level and we will inform you through the usual channels.

This website uses cookies to improve your experience while you navigate through the website. Out of these, the cookies that are categorized as necessary are stored on your browser as they are essential for the working of basic functionalities of the website. We also use third-party cookies that help us analyze and understand how you use this website. These cookies will be stored in your browser only with your consent. You also have the option to opt-out of these cookies. But opting out of some of these cookies may affect your browsing experience.
Necessary Always Enabled
Necessary cookies are absolutely essential for the website to function properly. This category only includes cookies that ensures basic functionalities and security features of the website. These cookies do not store any personal information.
Non-necessary
Any cookies that may not be particularly necessary for the website to function and is used specifically to collect user personal data via analytics, ads, other embedded contents are termed as non-necessary cookies. It is mandatory to procure user consent prior to running these cookies on your website.
SAVE & ACCEPT